Chess and the Infinite in Borges 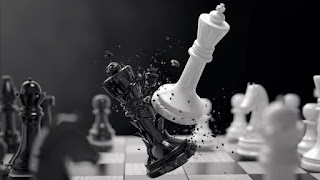 Erudite, self-critical, cosmopolitan, Jorge Luis Borges, who died thirty-two years ago today, demonstrated great respect for chess throughout his work. Within the boundaries of his circular worlds, he made way for the sixty-four squares, the pieces that occupy them and the agents that give them life.

Everyone uses ChessBase, from the World Champion to the amateur next door. Start your personal success story with ChessBase 14 and enjoy your chess even more!

Along with the ChessBase 14 program you can access the Live Database of 8 million games, and receive three months of free ChesssBase Account Premium membership and all of our online apps! Have a look today!

Born in Buenos Aires, part of a family of English descent, Borges felt from a young age that his relatives assumed that he would eventually become a writer. Humble, he accepted, and spent his 86 years of life surrounded by books: Stevenson, Kipling, James, Conrad, Poe, Chesterton and The Arabian Nights became his travel companions.

Although he always insisted to be recognized as a good reader rather than as a writer, he conceived works that are now considered classics of twentieth-century literature. A detractor of the novel, he exclusivey wrote essays, poetry and short-stories, focusing on topics of universal nature. To present the worlds that inhabited his mind, he saw it necessary to use fantasy, and within this literary framework he found in chess a useful metaphorical tool.

The similarity between mathematics, chess and literature — at least Borges' interpretation of literature —is their completely abstract nature. The Argentine, like Nabokov or Pushkin, considered that the inextricable and necessary value of any literary work is its aesthetic value. In studying his work and declarations, one can identify his desire to stay away from any school of thought that considers art as a practical endeavor. For example, in one of the conferences published in This Craft of Verse, Borges asserts that poetry does not need to be comprehensible:

"I wish I could remember the whole sonnet [by Ricardo Jaimes Freyre] — I think that something of its sonorous quality would come through to you. But there is no need. I think that these lines should be sufficient. They run thus: 'Peregrina paloma imaginaria / que enardece entre los últimos amores / alma de luz de música y de flores / peregrina paloma imaginaria'. They do not mean anything, they are not meant to mean anything; and yet they stand. They stand as a thing of beauty. They are — at least to me — inexhaustible."

In his article Filosofía y lingüística en los cuentos fantásticos de Jorge Luis Borges, Sergio Cordero exposes two characteristics of games that coincide with Borges' conception of literary art: the creation of a completely independent world with arbitrary features, and the transgression of the assumptions of reality. Taking only these two assertions, Borges could have chosen any game as a metaphor for his interpretation of art. The fact that he chose chess, however, is not incidental — in a 1981 interview, he stated:

"Chess is one of the means we have to save culture, such as Latin, the study of the humanities, the reading of classics, the laws of versification, ethics. Chess is now replaced by football, boxing or tennis, which are games of fools, not of intellectuals."

A declared conservative, the author of The Aleph found in chess the one other distinct element that he considered essential in art: beauty.

The epigraph of The Circular Ruins, one of Borges' most representative short-stories, quotes Lewis Carroll's Through the Looking Glass: "and if I left off dreaming about you ...". In this novel, the second installment of Alice's adventures, the plot revolves around chess — consequently with Carroll's great fondness of the game. In addition to the protagonist entering a fantastic world, what justifies the epigraph in Borges is the metaphor of the mirror and, more precisely, the implicit possibility of an infinite recursion: if there is one reality within another, could it not be found another within the new one? It is easy to imagine a person standing between two mirrors, looking at his increasingly smaller reflection, aware that the image, although imperceptible, must be inexorably repeated ad infinitum.

The Circular Ruins explores the theme of infinite recurrence even more explicitly. A stranger decides that his only mission in life is to dream a man ("...he wanted to dream him in minute entirety and impose him on reality"). After achieving his goal, he fatally realizes — noting himself immune to fire, just like his creation — that he too had been dreamed.

In this context, it is worth mentioning the most important tribute that Borges paid to the royal game. The last verses of his poem Chess precisely reflect his fascination with the universal and the infinite:

"God moves the player and he, the piece.
What god behind God originates the scheme
Of dust and time and dream and agony?"

Finally, in The Secret Miracle, published in 1943, time, literature and dreams make an appearance once again — in addition to chess, of course. A man is sentenced to death and, shortly before being executed, he asks God to provide him with time to finish his most important literary work. The desire is granted: when the bullets escape the rifles, time stops, and the man preserves his conscience until the work is completed (he does it mentally; being a versified work, it is easier to handle in memory). In the introduction to this short-story, Borges once again resorts to chess:

"[Jaromir Hladik] dreamt a long drawn out chess game. The antagonists were not two individuals, but two illustrious families. The contest had begun many centuries before. No one could any longer describe the forgotten prize, but it was rumored that it was enormous and perhaps infinite. The pieces and the chessboard were set up in a secret tower. Jaromir (in his dream) was the firstborn of one of the contending families. The hour for the next move, which could not be postponed, struck on all the clocks. The dreamer ran across the sands of a rainy desert - and he could not remember the chessmen or the rulesof chess."

Anyone who approaches the Argentine's oeuvre will notice, rather quickly, that he did not take literature lightly. Therefore, the fact that someone this careful would choose chess as a simile or a metaphor, repeatedly, cannot be overlooked.

And, who knows, perhaps right this minute, standing between two mirrors, Borges is dreaming chessboards and pieces, circles and labyrinths, detailed eternities. 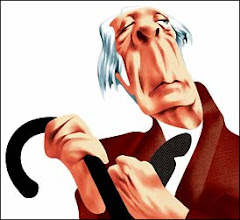 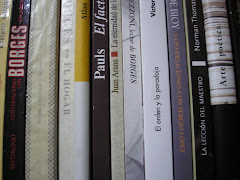 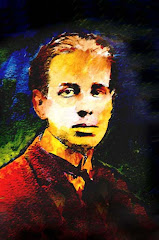 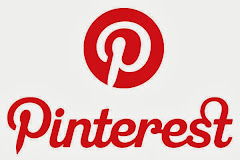 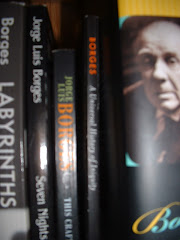 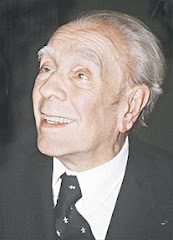 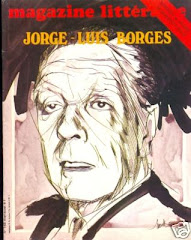 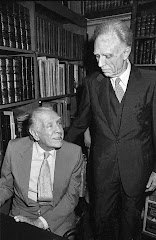 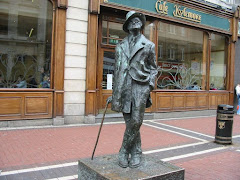 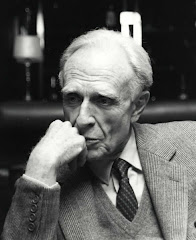 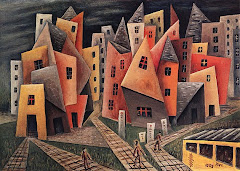 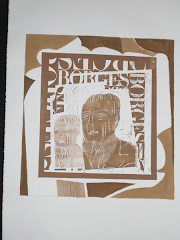 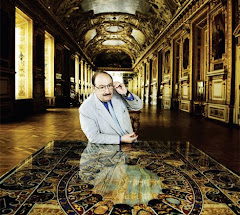 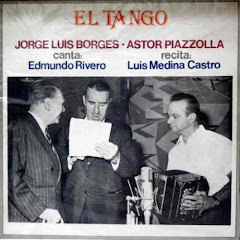 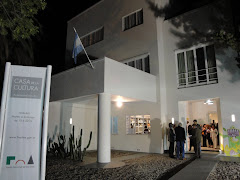 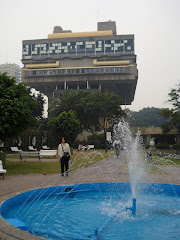 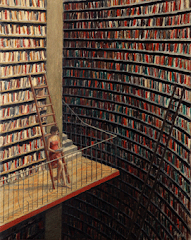 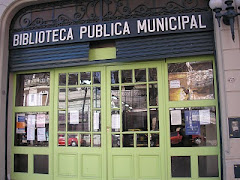 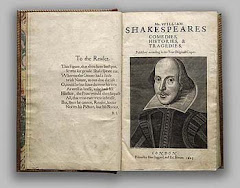 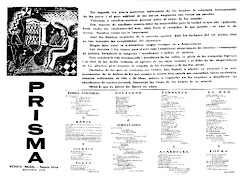 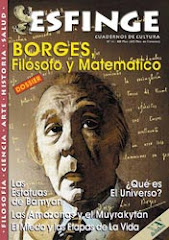 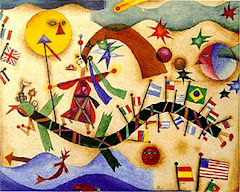 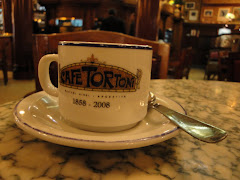 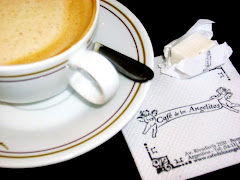 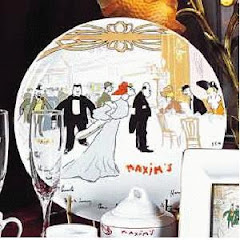 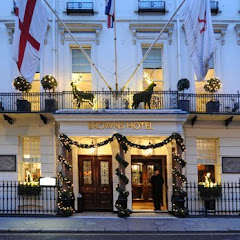 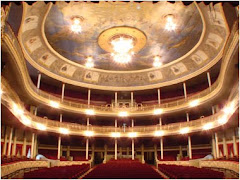 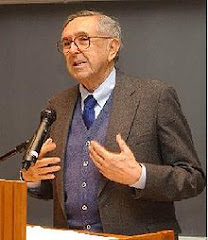 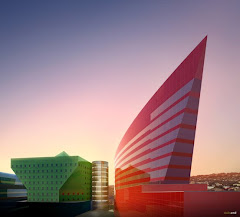